Back during the web 2.0 era circa 2011 I wrote and spoke about swarm behavior, specifically about attention swarms around media. 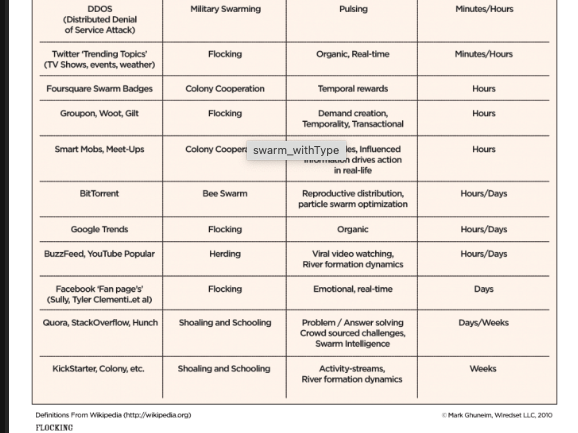 As the AI era of the web emerges we see that swarm continues to inform. In this post Collective Intelligence for Deep Learning: A Survey of Recent Developments – the section on image generation using collective intelligence helps solidify that swarm is the flow to know. This example with unique constraints that act as catalysts for collaboration in particular.

We’ll start by discussing the idea of image generation using collective intelligence. One cool example of this is a collective human intelligence: the Reddit r/Place experiment. In this community experiment, Reddit set up a 1000×1000 pixel canvas, so reddit users have to collectively create a megapixel image. But the interesting thing is the constraints Reddit had imposed: each user is only allowed to paint a single pixel every 5 minutes:

This experiment lasted for a week, allowing millions of reddit users to draw whatever they want. Because of the time constraint imposed on each user, in order to draw something meaningful, users had to collaborate, and ultimately coordinate some strategy on discussion forums to defend their design, attack other designs, and even form alliances. It is truly an example of the creativity of collective human intelligenc